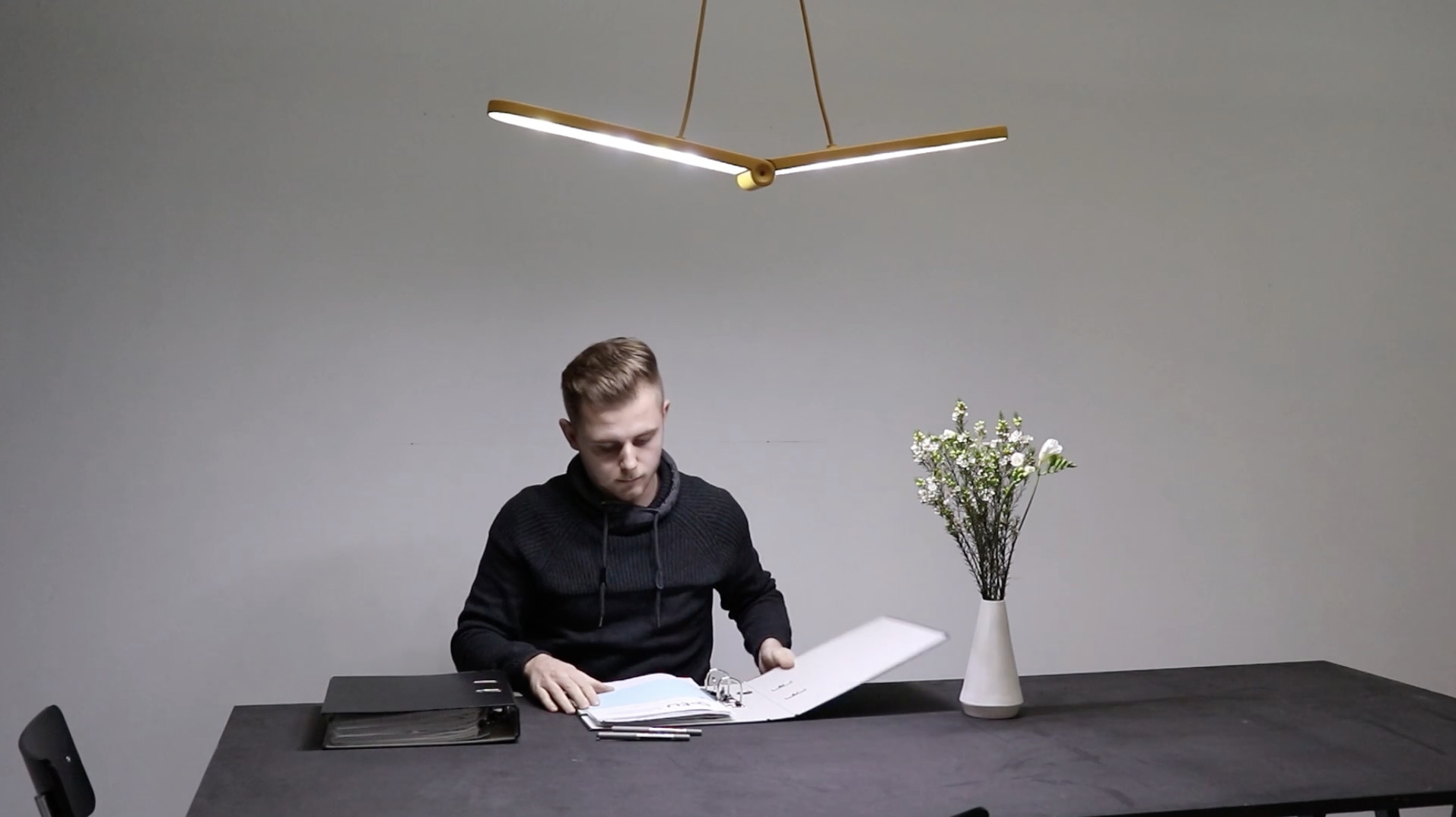 Moodable is an interactive light. The light quality can be variably adjusted by a simple and intuitive movement. The dynamic light can be adapted seamlessly to any situation and thus changes the mood in the room. By opening the luminaire, the light temperature, brightness and propagation angle can be varied.

The luminaire is based on a simple mechanism supplemented by a complex invisible digital component that creates a pleasant user experience. In contrast to other individually adjustable luminaires, the control works directly on the object. This creates a new way of interaction between user and object.

END_OF_DOCUMENT_TOKEN_TO_BE_REPLACED