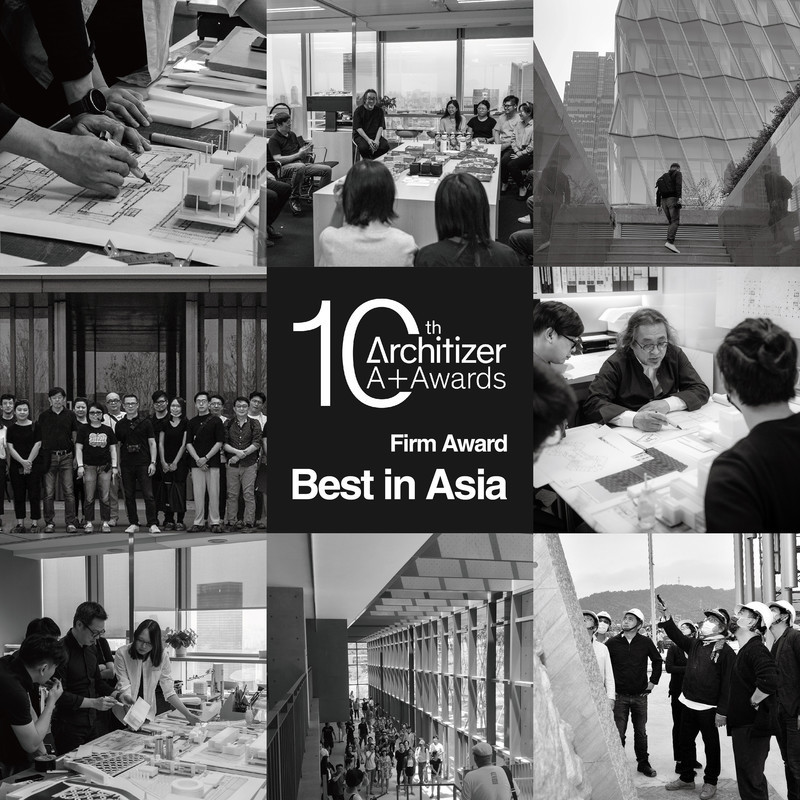 KRIS YAO | ARTECH, an architectural firm with offices in Taipei and Shanghai, has been named “Best in Asia” at the prestigious Architizer A+Awards this year. The firm’s previous winning record with Architizer A+Awards includes the Cosmology Center Taiwan University (2018), the Changhua High Speed Rail Station (2016), and the China Steel Corporation Headquarters (2013).

Led by Founder Architect, Kris Yao, the firm’s design philosophy is to create architectural works with cultural significance and poetic expression through innovative and appropriate technologies, which has been carried out continuously in a broad range of architectural projects. The firm is especially renowned for its cultural projects, including the striking Wuzhen Theater, hailed as the most beautiful theater in China; the spiritual Water-Moon Monastery; the iconic Palace Museum Southern Branch; and the multi-award-winning Lanyang Museum.

KRIS YAO | ARTECH’s works have been recognized and are widely published in media. The trendy Hotel Resonance Taipei, opened at the end of 2020, was named by Times magazine as one of ‘The World’s Greatest Places of 2021’ in Taipei. Michael Speaks, Dean and Professor of the Architecture School at Syracuse University, described the projects of KRIS YAO | ARTECH as being “concerned not only with the materiality of architecture, and how they filter or frame the outside world, but also with our emotional experience of these spaces and places, with the ways in which we encounter and relate to each other as we transition through the multiple and complex temporalities of global modernization: from the corporate boardroom to the archaeological site; from the museum to the high speed train station; and from the freeway to the monastery, and back again to the freeway.”

This month, KRIS YAO | ARTECH won the competition for the Taipei City Music Center and Library, situated on a prime location in Taipei. The project’s program includes a symphony hall with 1,500 seats, a multimedia rehearsal and experiment space with 600 seats, and a library with a collection of 900,000 books. It is anticipated to be an outstanding project and an important addition to the vibrant cultural life of Taipei City.

In 2002, Kris Yao was invited to participate in the 8th Venice Architecture Biennale for the solo exhibition of “NEXT EXIT”, followed by many other international architectural events since then. His recent solo exhibition “Within．Without” was held in MoCA, Shanghai in 2016.